"balance the intellect and emotion" 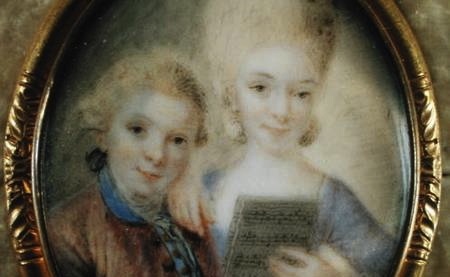 who never grew up

ideas that changed
EVERYTHING

The Greek Parthenon in Vienna? Classical architecture from ancient Greece became the model for new styles in the 1700’s

Classical music history is a brief but prolific and focused moment in the course of human creativity. More than any period, its style became the flagship definition for Western music history known today as “Classical.” Follow history as it winds its way through Vienna between 1750 and 1800.

“Time’s cycle had been straightened into an arrow, and the arrow was traveling ever faster.” -Karol Berger

Music of the Classical period captured the spirit of a growing middle class searching for civility.  Inspired by the discovery of Pompeii and the American and French Revolutions, musicians believed in a new democratic philosophy that appealed to larger audiences. The power of the church over the arts had dissolved, and in its wake composers had to appeal to a broad middle- class audience. Music of the Classical period became more linear as opposed to the cyclical nature of the Baroque. Haydn, Mozart, and Beethoven wrote music with constant variation, sudden contrast, and evolving emotions that described the human experience. The rising middle class had more money to spend on concerts, sheet music and the newly invented pianoforte, which became a popular instrument to have in the home. Composers began to craft music specifically designed to appeal to this ever-expanding audience.

Haydn was the early master of the period, known for his simplicity and clarity. Mozart brought new human emotions of love, passion, and romance to the world of music. Fourteen years younger than Mozart, Beethoven mastered the classical style before he single handedly ended it in a storm of creativity. 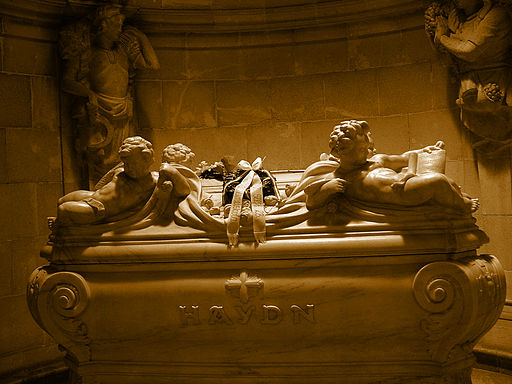 Employed by a wealthy Austrian estate away from other musicians, Franz Joseph Haydn battled himself. As an isolated composer, Haydn was "forced to be original" becoming the first master of the symphony and string quartet. In an isolated world, with his own personal demons, Franz battled himself trying to balance emotion and the intellect in his own music. Like a basement Hip Hop producer, Haydn was efficient and economic in his use of melodies. Today he is known as the father of the "Symphony," proving that more can be done with fewer resources. 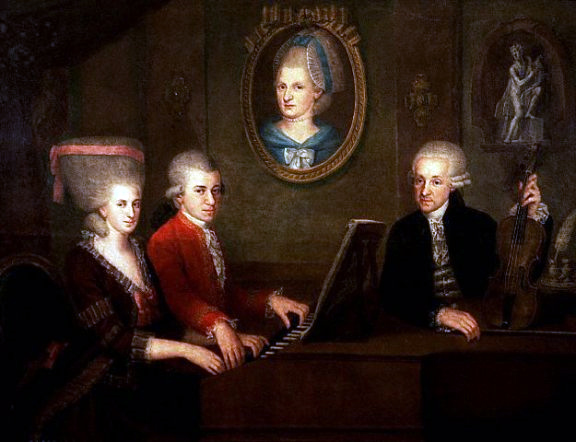 Known today as Wolfgang, Amadeus, and Mozart, one person crystallized the Classical period through the eyes of a child. Today Mozart’s music is studied and revered for its perfection of balance, catchy melodies, tidal dynamics, and budding emotions. He might have been a “genius,” a term often used without specific definition or rules, but he was definitely a child growing up on tour. How do you define genius? Does genius describe something we ourselves couldn't do? Or something we can't imagine doing? 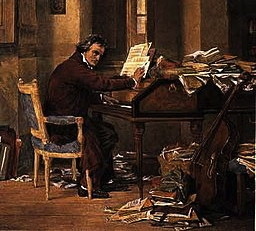 STORM OF THE CENTURY

His life was as turbulent as his ideas. After surviving a brutal childhood, raising his troubled nephew, and failing in several romances, Beethoven realized he was going deaf: “If it hadn’t been for music, I would have killed myself long before.” After his death, music was permanently moved in a new direction. Beethoven had a unique genius of focus and form, composing astounding cathedrals of music drawn from a single idea. His compositions are monuments to determination and the human spirit. Beethoven's 9th symphony is perhaps the most famous piece of classical music ever written, but ironically he's one of few who people hasn't heard it.

“Time’s cycle had been straightened into an arrow, and the arrow was traveling ever faster.” -KAROL BERGER While philosophers were exploring independent thinking in the "Age of Enlightenment," musicians began composing music in linear instead of circular directions. Before the Classical Period, Baroque compositions revolved in cycles, like bass loops or samples today. With a change in philosophy, composers like Mozart wrote unchained ideas that evolved independently rather than orbiting in a cycle.

Composers strove to create memorable, unique, or "catchy" melodies that could be easily sung and remembered by audiences.
The demand for music was growing along with the growth of middle class listeners. If concert patrons left humming, they were more likely to purchase sheet music or return for additional performances. Composers could sell sheet music to larger numbers of amateur musicians, but the compositions had to be easily performed by beginning musicians.

Homophonic textures prioritized melody above harmony and rhythm. Melodies can be clearly heard, usually above secondary chord progressions and rhythm.
Rhythm and harmony can be complex, but they must not interfere with the conversational language of melodies.

Opposing forces should coexist. Music should equally balance the intellect and emotion, high notes with low notes, loud and soft, fast and slow, masculine and feminine, lyrical and strong.
Inspired by ancient Classical architecture from Rome and Greece, the phrasing of melodies should reflect an equilibrium

Like guests at a dinner party, melodies avoid dark conversations.
Emotions are contained and under control, like the rising middle class that strives for a more civilized society.

Like people, emotions in music can shift, modulate, or be mixed together.
Love, Hate, Sadness, and Desire can all flow from one moment to the next.

Unlike the Baroque world of isolated or independent emotional states, Classical music describes a complicated pool of human feelings.

Rather than changing by steps or stairs in the Baroque style, dynamics grow or shrink gradually in fluid evolution.

EVOLUTION OF THE SYMPHONY 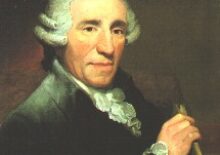 Today, Haydn is known as the "father of the symphony," but his students and disciples extended the form to greater heights. During his lifetime Haydn wrote 106 symphonies that brought the four instrument families together in a polite and witty ensemble conversation. As a mason and member of the Age of Enlightenment, Haydn's short symphonies strove for elevated perfection and simplicity. Over the next 150 years, the symphony grew to become more akin to a novel more than a short story; Haydn's early symphonies could be completed in fifteen minutes, whereas Mahler, Bruckner, Strauss, and Shostakovich’s creations would squeeze the last drop of potential out of the symphony and lasted over an hour.

"It is very warm here ; the Viennese are afraid that it will soon be impossible for them to have any ice-creams for as the winter was mild, ice is rare. Many persons of importance have been arrested ; they say there was fear of a revolution breaking out — but it is my belief that so long as an Austrian can get his brown beer and sausages there will be no revolution. The gates in the suburbs are ordered to be closed at ten o'clock at night. The soldiers have loaded guns. One dare not speak too loud, otherwise the police will accommodate you for the night."